February 22, 2021 12:53 pm Published by Coebergh Zellenrath Comments Off on Disclaimer 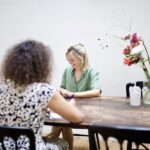 January 7, 2021 2:38 pm Published by Coebergh Zellenrath Comments Off on Vacatures. 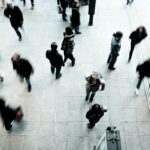 September 9, 2020 11:22 am Published by Coebergh Zellenrath Comments Off on Unprecedented legal case.

The Privacy Collective - a foundation that acts against violation of privacy rights - is taking Oracle and Salesforce to Court. The foundation accuses the technology concerns of unlawfully collecting and processing data of millions of Dutch internet users. The foundation launched a class action, a legal procedure in which compensation is claimed for a large group of individuals. It is the first time that this legal instrument is used in the Netherlands in a case of infringement of the General Data Protection Regulation (GDPR).

Coebergh designed and implemented a media strategy that resulted in a large amount of (international) media attention. Het Financieele Dagblad even dedicated its entire front page to the news. 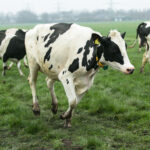 August 25, 2020 9:13 am Published by Coebergh Zellenrath Comments Off on Cows on camera.

When the cows return to their meadow, you know spring has really begun. Traditionally, FrieslandCampina celebrates this special moment with an annual outdoor grazing event. Under the watchful eye of a large group of journalists, cameramen and photographers, the Campina-cows joyfully dance into the meadow. We have been organizing this cheerful event for Campina since 2016. Each year, we create substantial media attention on the front page of newspapers and on television, as well as online and on social media. 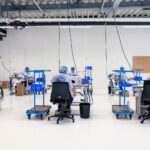 September 12, 2019 1:41 pm Published by Coebergh Zellenrath Comments Off on Mattresses and face masks.

Royal Auping is a manufacturer of beds and mattresses. Coebergh has been serving the well-known company from Deventer since 2014. From introducing new bed textile collections and new design products to explaining circular business operations. From communicating about innovative developments to personal PR.

And then corona hit.

Auping distinguished itself, by quickly allocating part of its facilities to the production of much-needed medical face masks, in addition to its core business of producing mattresses. Initially, the masks were made by hand, but the process has now been automated. Coebergh initiated and managed the many media requests around this large-scale operation, in close collaboration with the Auping team. With an 'agile' crisis approach, Auping is living up to its mission: to give as many people as possible a good night's sleep and contribute to a well-rested world. 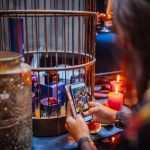 The Dutch brand Rituals is a worldwide success, with around 700 stores in 27 countries. One of the first highlights of our collaboration - which started in 2013 - was the viral video ’Laughing Tram Man’ in collaboration with our sister agency VERTOV, which received millions of views and was awarded a prestigious Sabre Award. We regularly organize press events for Rituals, for example around the launch of a new collection. We also assist in influencer marketing, where we set up long-term partnerships with influencers who are genuine fans and promote the values of the brand in a natural way.

In October 2020, Rituals celebrated its 20th anniversary with the opening of the spectacular House of Rituals. This eye-catcher on Amsterdam's Spui - four floors with a total surface area of ​​1,500 m2 - is the largest Rituals flagship store in the world. Despite the Covid restrictions, we were able to receive a large group of journalists and influencers - Covid-proof - during the two-day preview event. The extra measures we had to take were worth it: the media attention for this holistic store concept was enormous. 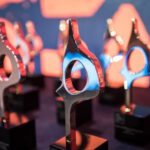 Effie Award, Saber Award, Esprix Award, SAN Accent, Dutch PR Award, Digital Communications Award. Nominated or won. Been there, seen it, done that! Nice, but we think it's even more important when our clients praise our work. 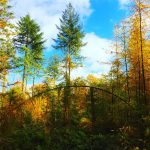 Creating a buzz about Drenthe.

September 12, 2019 12:56 pm Published by Coebergh Zellenrath Comments Off on Creating a buzz about Drenthe.

Drenthe is the least populated area in the Netherlands, but it does have the happiest inhabitants! There’s a general feeling of well-being the province is eager to share with the rest of the country. Marketing Drenthe encourages people to drop by, experience it for themselves and enjoy it: standing barefoot in the mud, stargazing from the darkest place in the Netherlands or, for example, cooking with plants that you have picked yourself. We are happy to support this great mission and organize press trips, assist in media purchasing and are a sparring partner on a strategic level. Our work resulted, for example, in publications in Daily Cappucino, Barts Boekje and Adformatie.

Coebergh has a special bond with Drenthe. Our founder Gervaise Coebergh for instance owns a restaurant and natural camping site in the region: Voscheheugte. We consider it an honor to advise and support Marketing Drenthe, the organization in charge of marketing this beautiful province. We concluded the kick-off session for our 2021 collaboration in style: with a beautiful walk across the Mantingerzand.

March 3, 2021 1:56 pm Published by Coebergh Zellenrath Comments Off on After the Pandemic.

What positive insights and business opportunities exist for the post-pandemic world? One of the subjects we are lucky to discuss with Marketing Drenthe is free time. The past year has made all of us more aware of the importance of stepping back from the daily grind once in a while to head off into nature. Few organisations have been as successful in conveying this notion as Marketing Drenthe, with an entire marketing campaign inspired by it. The organisation also presented its vision 'Perspective on Destination Drenthe 2030', which describes how the tourism and recreation sector of this province will substantially contribute to prosperity and well-being of the region in the coming years. 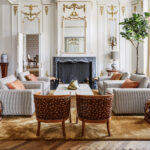 December 16, 2020 10:59 am Published by Coebergh Zellenrath Comments Off on Christmas spirit at Hotel De L’Europe.

The iconic Hotel De L'Europe in Amsterdam is a Christmas paradise during winter 2020, with ‘Freddy’s Winter Deli’. Hotel guests and visitors can enjoy festive delicacies and gifts in the beautiful online Christmas shop. The Bord'Eau team - led by Chef Bas van Kranen - transformed the beautiful brass counter of Freddy's Bar into a delicacy store full of snacks, drinks, special dishes, sandwiches and coffee-to-go. Freddy’s Winter Deli also offers large and small surprises and drink boxes full of deliciousness. And in the webshop of 't Kersthuys', books and luxurious gifts are for sale in the atmospheric shops from MENDO, The Wunderkammer and Le Spa by Skins Institute.